Mainstream media gets a whiff of digital tax 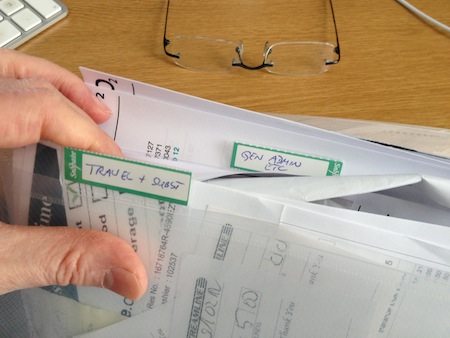 2017 is well underway, and here at Thomas Towers we’ve been thinking about the main training challenges for the coming year.

Without a doubt, one of the big ones will be how freelancers and small businesses engage with HMRC. The tax office is keen that we all report income and expenses as we go along, rather than doing it once a year in the tax return. This initiative is called “Making Tax Digital” (MTD) and it could come in as soon as next year for sole traders and landlords. [UPDATE: in the March 2017 Budget they pushed this back a year to April 2019.]

Now, if you’ve been on one of our courses, you’ll know I’m a big fan of keeping income and expense records as you go along rather than leaving everything to the end of the year. I’ve been doing that for ten minutes every Friday for 12 years.

But that’s a bit different from reporting to the tax office every few months, which is what’s being proposed. And they’re even suggesting that we will have to use commercial software to do it, which will cost money. I’m very happy with my (free) spreadsheets, thank you very much.

In truth there’s been such a backlash from very small businesses – especially self-employed freelancers – that we’re not sure when and how MTD will be introduced. I’ll try to keep an eye on it for you.

It’s striking that the FT and ITV News have run stories this weekend. It seems some in the mainstream media have noticed something’s afoot.